Visual Odometry is an incremental process which estimates the 3D pose of the camera from visual data.The final goal of visual odometry is to estimate the movement of the camera in the environment. This research area is relatively new and several methods and algorithm are already published. In [the reference article][https://link.springer.com/article/10.1007/s11554-017-0670-y] , they compared several RGB-D Visual Odometry techniques to the date (2017).They used a mobile device equipped with a RGB-D camera and they measure the accuracy of each algorithm as well as CPU load. In this summary, I will summarize the main points of the article to outline the main ideas and achievements, additionally I will add some other references that helped me to understand the points better.

Depth sensors like kinect are being used in different application and industries in order to provide 3D data at relatively low cost. Khoshelham et al evaluated experimentally the accuracy of kinect sensors and proposed a noise model which explains why the depth error grows quadratically with the distance to the objects. The accuracy also depends on the tilt of the surface normal w.r.t the camera viewpoint and the properties of the object material. There were several attempts and products which you can find in small size and embedded depth sensor section you can find some informations in this regard.

Reference paper authors proposed a benchmark and an evaluation of state-of-the-art Visual Odomtery (VO) algorithms suitable for running in real time on mobile devices with RGB-D sensor. Aim of this summary is on different algorithms and their performance, for more information on Visual Odometry and more detail information, reader can check [the reference article][https://link.springer.com/article/10.1007/s11554-017-0670-y] .

Visual features methods are using local image features to register the current frame to a previous (key)frame. SIFT and SURF features are commonly used for this approach, however their computational costs are very high. BRISK, BRIEF and ORB methods are used instead of SIFT and Surf because of their low computation costs. These methods are perfoming well in highly textured scenes and they tend to fail in poor light conditions and also blurry images.

The direct methods are dense method, as the registration uses all the pixels of the images. Under the assumption that the luminosity of the pixels is invariant to small viewpoint changes, they estimate the camera motion that maximizes a photo-consistency criterion between the two considered RGB-D frames.

3D feature-based methods rely on the extraction of salient features on the 3D point clouds. The rigid body transform can be computed by matching the descriptors associated to the features extracted in two frames.

The Iterative Closest Point methods refer to a class of registration algorithms which try to iteratively minimize the distance between two point clouds without knowing the point correspondences. The alignment error is computed with a given error metric such as point-to-point or point-to-plane distance, and the process is repeated until this error converges or the maximal number of iterations is reached.

Hybrid algorithms try to combine the best of the two worlds in order to handle scenes having either low structure or little texture.

The joint-optimization strategy consists in designing an optimization problem which combines equations from depth-based and image-based approaches.

It is a OpenCV RGB-D module developed by Maria Dimashova and it offers three different type :

First, the light intensity of a 3D point is considered constant between frames, then the angular and translational speed are supposed to be constant between two frames. The aglorithm finds the transformation relating two frames by minimizing the difference in intesity between warped current RGB-D frame to the previous one.

It is a combination of OCV RGBD and ICP, introduced to solve the linear least square problems of OCV ICP and RGBD methods.

It is a direct image-based method with a frame-to-frame matching strategy.

(I didn't understand it completely)

Stückler et al. [56] proposed a 3D feature-based approach with a frame-to-frame matching strategy in which each frame is viewed as an octree of surfels. The originality of the approach is that multiple levels of resolution can be used simultaneously since each parent node of the octree encodes the information of their children node

Structure is a depth sensor manufactured by Occipital using Primesense’s technology, and it uses structured light to estimate the depth. The sensor does not support any RGB camera, and it has to take advantage of the mobile device rear camera to retrieve the RGB frames. Occipital provides an iOS SDK with a VO algorithm in two flavours: depth-based [35] and hybrid [36].

There are two well-known metrics that can be used to estimate the accuracy of the estimated camera poses over time, the absolute translational error (ATE) and the translational relative pose error (RPE). A first simple observation of the different graphs is that the accuracy results significantly vary from a scene to another. As stated by Fang [13], there is no algorithm which outperforms the others in all environments. The results have to be analysed w.r.t. the scene characteristics. Therefore, the choice of VO algorithm depends on the target environment.

Apart from the challenging scenes, we described earlier and correspond to higher RPE values, the slower “fr2” (dataset in a certain environment) scenes obtain better results than the “fr1” scenes.

Morell-Gimenez et al. performed a comparision of registation methods on scenes mapping and object reconstruction scenarios. for the scenes mapping scenario which is our topic of interest, they evaluated five different algorithms : DVO, KinFu (Kinect Fusion implementation), an ICP approach, an image-based visual feature approach using a combiation of FAST keypoints and BRIEF descriptors, and an hybrid two-stage approach combining the two last ones where the refinement step is provided by the ICP algorithm. The approaches implemented by Morell-Gimnenez et al. using Point Cloud Library. The results show that DVO and KinFu are the most accurate algorithms on the "fr1" scenes of the TUM datasets. However there is no information about the computational time and the memory consumption as the main objective was to assess the quality and the accuracy of each method.

ICL-NUIM provided a dataset as well as evaluation of 5 algorithms (DVO, Fovis, RGB-D, ICP KinectFustion flavour, and Kintinuous) in all scenes from ICL-NUIM Dataset with the ATE metric showed a clear advantages to KinectFusion ICP registration while Fovis gives the less accurate results.

Fang and Zhang compared different open-source VO : Libviso2, Fovis, DVO, Fast ICP, Rangeflow, 3D-NDT, CCNY, DEMO on TIM Dataset and also a challenging dataset created by the authors with illumination changes , fast motions and long corridors. Their study shows that there is no algorithm performing well in all environments and they provided some guidelines to choose a VO algorithm depending on the environment. For example, when the scene is well illuminated, image-based and hybrid methods are recommended, whereas depth-based methods are only really interesting in low light environments.

Vincent Angladon et al. They are proposing comparisons in their paper similar to above comparisons while they are focusing on mobile device experiments which has some performance and memory limitations. They are using the algorithms similar to Fang and Zhang and also some other algorithms that were not included in that. For the algorithm selection, they have considered the methods that performed better in other benchmark studies and their code were available. They have selected DVO, Fovis, MRSMAP, Three algorithms of OpenCV RGB-D Module OCV-ICP, OCV-RGB-D and OCV-RgbdICP) and VO Algorithms that come with Occipital sensor.

They achieved a 30 FPS tracking performance with a partial porting of the semi-dens LSD-Slam algorithm on a Sony Experia Z1 phone.However there is not code available publicly 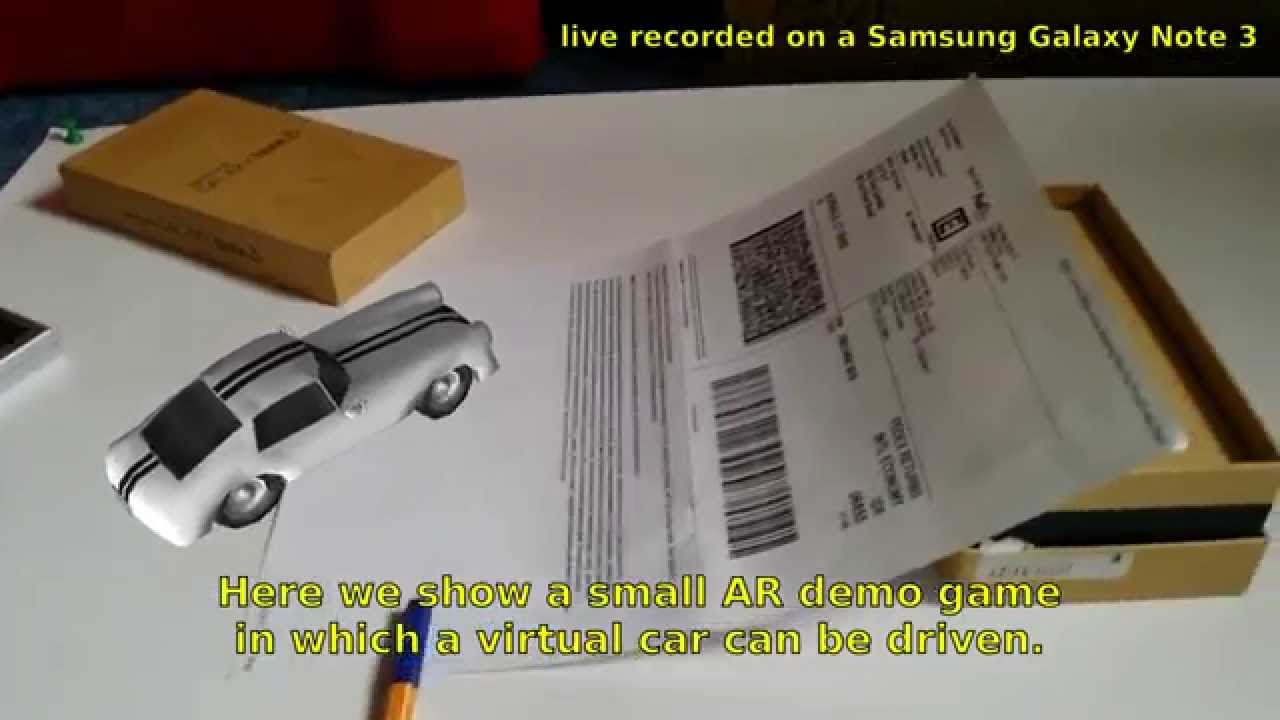 RGB-D vSLAM algorithm based on SlamDunk

It can run on a Samsung Galaxy Tab Pro 10.1 tablet . but due to the lack of low level optimizations it could only reach 10 FPS.

There is package for ROS implementing SlamDunk.

a collection of different RGB-D image sequences meant to benchmark the SLAM and visual odometry algorithms. The data was recorded at full frame rate (30 Hz) and sensor resolution (640x480). The ground-truth trajectory was obtained from a high-accuracy motion-capture system with eight high-speed tracking cameras (100 Hz). Further, they provide the accelerometer data from the Kinect. Finally, we propose an evaluation criterion for measuring the quality of the estimated camera trajectory of visual SLAM systems.

Handa created the ICL-NUIM dataset composed of synthetic images of indoor scenes generated by POVRay. Although the main foucs of the dataset is to provide a method to benchmark the surface reconstruction accuracy, it has been used to evaluate differenet VO algorithms, thanks to the ground truth provided by the synthetic data. Important notes from the article What is ATE Metric ?